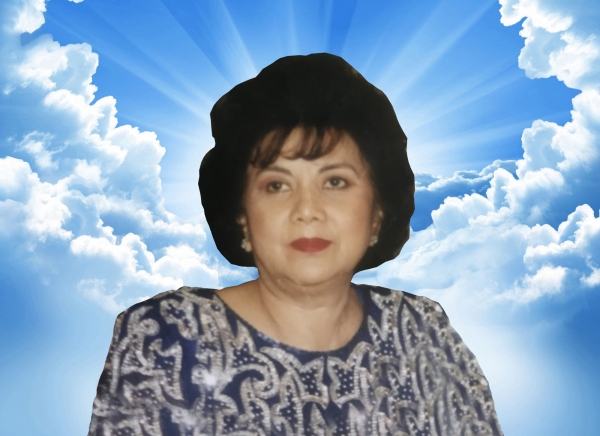 Juanita Natividad Guevara was born in Malolos, Bulacan. She was the fourth out of eleven children. She married Attorney Jose S. Guevara, and had five children. She graduated Magna Cum Laude with a Bachelor of Science in Education at University of Sto. Tomas, a Masters in Public and Business Management at University of the Philippines and De La Salle University, and Masters in Teaching at Ateneo De Manila University. A career woman of note, she was a professor of English and Social Sciences at Manuel L. Quezon University. She was also a Board Member of the Philippine Tourist and Travel Association appointed by President Ferdinand Marcos, and a Research Consultant to the Central Bank of the Philippines. Upon moving to the United States, she obtained a career as a Welfare Fraud Investigator at the Bureau of Assistance Payments at the Department of Social Services in Los Angeles where she eventually retired. She had a passion for music and composed songs which reflected her sensitive, patriotic and spiritual side. She is survived by her four sisters, Estelita, Amarie, Ofelia, and Rosalie. Five children, Jocelyn and Billy, Renato and Amor, Victor and Evie, Wilfredo and, Charisse and Martin. Grandchildren, Carlo and Nikki, Cindy and Arvin, Conrad and, Cris; Nikolai, Kat, Raf and JoAnna, Ivan; Joshua and Isabella; Kara and Cole. Great-grandchildren, Gabriel, Isabelle, Anelle, Lucy, Marquez and Leo.

Funeral Mass will be on August 4, 2018 at 9:00 AM. Burial to follow at Loyola Memorial Park, Marikina City.